A PLAN BACKED BY SCIENCE,
VALIDATED BY EXPERTS

The safety and wellbeing of our guests and crew, and the communities we visit is our top priority. In response to COVID-19, Royal Caribbean is evaluating every last detail of our operations to develop unprecedented standards that will keep you safe and healthy. That’s why we have assembled the Healthy Sail Panel, a group of the best minds and leaders in public health, biosecurity, epidemiology, hospitality and maritime operations. Their insights and recommendations are helping drive our way forward as we work to strengthen our current procedures and create new ones across the entire cruise experience. The panel will work alongside our new Public Health & Chief Medical Officer, Dr. Calvin Johnson, who will lead the company’s public health initiatives and oversee our response to health crises. Our collective efforts will be shared with the cruise industry and other industries that may benefit from our findings — because we’re all in this together. 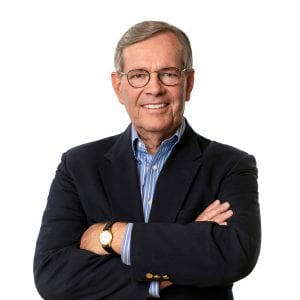 Captain Dahlgren is the SVP of Global Marine Operations and Fleet Optimization for RCL. Patrik’s seagoing experiences began as a bridge officer with tugboats, yachts and an array of cargo vessels and ferries. He rose through the ranks with over 15 years onboard Royal Caribbean Internationals cruise ships, with his last seagoing command as Master of Oasis of the Seas and Quantum of the Seas. He was the lead contributor to the Quantum of the Seas development, which received the esteemed RINA (Royal Institute of Naval Architects) award for its innovation and largest contribution to maritime safety.

Dr. Gayle is CEO of the Chicago Community Trust. Dr. Gayle spent 20 years with the Centers for Disease Control. She worked at the Bill & Melinda Gates Foundation, directing programs pertaining to global health issues. Dr. Gayle serves on boards including The Coca-Cola Company, Colgate-Palmolive Company, Brookings Institution, the Center for Strategic and International Studies, the Federal Reserve Bank of Chicago and the Economic Club of Chicago. She is a member of the Council on Foreign Relations, the American Public Health Association, the National Academy of Medicine, the National Medical Association and the American Academy of Pediatric

Dr. Gerberding is EVP/Chief Patient Officer for Merck and a world-renowned public health expert. Prior to joining Merck, she served as the Director of the CDC from 2002-2009. While at the agency, she led more than 40 emergency responses against crises such as anthrax, SARS, bird flu, food-borne outbreaks and natural disasters. Previously, Dr. Gerberding was a tenured faculty member in Infectious Diseases at the University of California at San Francisco (UCSF). She continues as an Adjunct Associate Clinical Professor of Medicine at UCSF.

Dr. Hinrichs is Chair of the Department of Pathology and Microbiology at the University of Nebraska Medical Center, Director of the Nebraska Public Health Laboratory, and former Director of the University of Nebraska Center for Biosecurity. He is the principal investigator of multiple national awards from the Association of Public Health Laboratories, CDC and DoD for the development of an outreach program to extend training and expertise in the early recognition of biological warfare agents. He has published over 130 papers in basic science and medical journals.

Dr. Osterholm is one of the foremost experts in public health, infectious disease and biosecurity. As director of the Center for Infectious Disease Research at the University of Minnesota, he is an international leader on pandemics preparedness. He is a consultant to the WHO, NIH, FDA, DoD and CDC. From 2001 to 2005, he served as advisor to the Secretary of U.S. Health and Human Services on issues related to bioterrorism and public health preparedness. From 2018 to 2019, he served as a Science Envoy for Health Security on behalf of the U.S. State Department. He has also been appointed to the National Science Advisory Board on Biosecurity and the World Economic Forum’s working group on pandemics.

Dr. Ostrofff was Acting Commissioner of the FDA from 2015 to 2016, and before that served as the FDA’s chief scientist. He joined FDA in 2013 as chief medical officer in the Center for Food Safety and Applied Nutrition and senior public health advisor to FDA’s Office of Foods and Veterinary Medicine. Prior to that he served as deputy director of the National Center for Infectious Diseases at the CDC. He retired from the Commissioned Corps of the U.S. Public Health Service at the rank of Rear Admiral (Asst. Surgeon General). He was also the director of the Bureau of Epidemiology and acting physician general of Pennsylvania.

Ms. Walsh is the Dean at the School of Hotel Administration at Cornell University; a leader in education for the global hospitality industry; and a renowned expert in organizational service design, leadership and career development, and the strategic investments of human capital. She has over twenty years of academic experience, including in her current role, where she is responsible for a $100M enterprise to prepare tech-savvy and people-focused leaders, and conducts impactful research to address pressing industry issues. She is a former certified public accountant and industry executive in human resources.

Royal Caribbean Group has named Dr. Calvin Johnson as Global Head, Public Health and Chief Medical Officer. In this new role, Johnson will lead the Group’s global health and wellness policy, manage its public health and clinical practice, and determine the strategic plans and operations of its global healthcare organization. Johnson will also collaborate with the Healthy Sail Panel to ensure the company establishes and implements its protocols and recommendations.

Dr. Johnson, most recently Principal at Altre Strategic Solutions Group, is the former Chief Medical Officer for Corizon Health, then the largest provider of correctional health care in the United States, and for Temple University Health System. He served as Secretary of Health for the Commonwealth of Pennsylvania from 2003-2008 and was Medical Director for the New York City Department of Health from 1998-1999. He earned his medical degree from Johns Hopkins University School of Medicine, a Master of Public Health from Johns Hopkins University Bloomberg School of Public Health, and a BS in Chemistry from Morehouse College.

Your browser is outdated and does not support many of the modern features of this website,
please click here to update it.